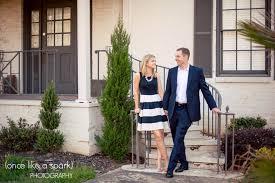 Is the current real estate market going up or down?

The National Association of Realtors said that it’s seasonally adjusted pending home sales index rose 0.5 % to 110.9 last month. This is a slight recover from June, when the index fell to 100.4 after reaching 112.3 in May, a level last seen in 2006.

Slightly more Americans signed contracts to buy homes in July, as pending sales edged up after dipping in June. It seems that steady job growth coupled with low mortgage rates have spurred more of a buying and selling trend.

As the recovery from the Great Recession enters its seventh year, more Americans have rebuilt their savings, increased their home equity and returned to the real estate market.

We know that pending sales are a barometer of future purchases. A lag of a month or two usually exists between a contract and a completed sale.

Completed sales of existing homes increased 2 percent in July to a seasonally adjusted annual rate of 5.59 million, the fastest pace in eight-and-a-half years.

But the market has also revealed a mismatch between rising demand and limited supplies of homes on the market. Sales have increased 9.6 percent over the past 12 months, while the number of listings has declined 4.7 percent. We are still seeing the higher demand has largely emerged out of solid hiring since early 2014 and relatively low mortgage rates.

In addition, over the past 12 months, employers have added 2.9 million jobs as the unemployment rate has fallen to 5.3 percent from 6.2 percent. The hiring has generated a greater sense of financial security that has boosted housing.

The average 30-year fixed mortgage rate was 3.84 percent this week, according to mortgage firm Freddie Mac. All of that said, the market is starting to build and it is a great time to take inventory of your own real estate and make decisions based on your real estate goals! Let me send you the latest comparisons for your home! Call me at 404.219.1938.